Manifest: About the Authors 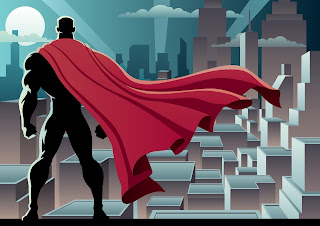 ALEX MYERS is a high school English teacher currently living in New Hampshire.  His debut novel, Revolutionary, was published by Simon & Schuster in 2014; it tells the story of Alex's ancestor, Deborah Sampson, who disguised herself as a man and fought in the Revolutionary War.  Alex has been an advocate and educator on transgender identity since he came out in 1995.

ANDREW GUY is Australia’s first transgender television host. His work raises awareness about self-healing, domestic violence, depression and gender identity.  Andrew was producer and assistant director of the documentary It’s Not About The Sex and his Zipper Portrait was the poster art for the GLBTI Midsumma Arts Festival Round the Bend exhibit in 2012. Andrew won awards for youth and community advocacy work including the  2007 and 2008 Young Australian Export Award for Excellence and an Australian Most Outstanding Contribution to Exports Award. You can learn more about Andrew at www.andrewiguy.com.

BASIL SOPER is a transgender writer, activist, and Southerner who wears his heart on his sleeve. He wants to write a memoir and continue utilizing intersectional practices while operating in the social justice field. He can be reached at www.ncqueer.com.

BENJI YOUNG is the pen name of a trans man who lives in North Carolina with his two dogs, a rabbit, a hamster, and a cat. He studies Psychology and Sociology at a local community college. In his spare time he writes essays and nonfiction that generally focus on gender and body image issues.

CAMERON THOMAS WHITLEY is the co-editor of Trans-Kin: A Guide for Family and Friends of Transgender People, which won a 2013 International Book Award. Cameron has long been dedicated to trans activism and scholarship, from his early days working to assist university health centers and campus organizations in the creation of trans-inclusive programming to his work on HIV/AIDS prevention and education in the Caribbean. His work has been featured in numerous anthologies and journals such as Gender Outlaws: The Next Generation, Letters for My Brothers: Transitional Wisdom in Retrospect, Trans/Love: Radical Sex, Love & Relationships Beyond the Gender Binary, Visible: A Femmethology, and Manning Up: Transsexual Men on Finding Brotherhood, Family & Themselves.

CHAD RATNER is a transgender author who was recently published in the 2014 anthology, Manning Up: Transexual Men on Finding Brotherhood, Family & Themselves. Chad has also served as a contributing writer for the magazine Blade California and has been featured on www.transgenderdaily.com. He received his B.A. from Queens University in Charlotte, North Carolina and currently resides in Southern California. In his free time, Chad volunteers as a speaker for PFLAG and is a proud husband and father.

DADE BARLOW is a 33 year old transman from Oregon who co-owns an electrical engineering and contracting company. Dade enjoys sharing life with his wife and daughter. He is also an advocate for the transgender community.

EGON BOTTEGHI is a co-founder of the Intersexioni and Anguane collectives and in 2008 was a co-founder of the first livestock shelters in Italy. Egon is also the creator of the Liberazione Generale (General Liberation) project, a series of day studies on political practice (Florence 2013 and Verona 2014) on the correlations between animal liberation, homo/transphobia, sexism, and intersex rights. He authored of Mi chiamo Egon. Diario di un uomo transessuale (My name is Egon. Diary of a transsexual man), which debuted in Pisa in 2015.

EWAN DUARTE is a Bay Area based professional filmmaker, writer, photographer, and educator. He holds his MFA in Cinema from San Francisco State University.  Ewan was born and raised in Fresno, CA and currently lives in Oakland, CA. His previous short films, Change Over Time and Spiral Transition have screened in over 140 film festivals worldwide! He is currently working on his first feature documentary. Ewan's writings have been published in LILIPOH, Original Plumbing Magazine, IndieWire, Huffington Post and more. www.ewanduarteproductions.com

GIDEON C. ELLIOTT graduated with his B.A. in Psychology at 19 with a 4.0, the member of four honor societies and the recipient of multiple awards for academic excellence. Despite pouring all of his energy into these efforts, he couldn't distract himself from transition forever and is now much more aware of vitality and much better off than the role model student ever was. He'd like to go back to school one day, but is currently enjoying living like a starving artist minus the art.

JAMES ST. JAMES is a Contributing Writer for Everyday Feminism. He works as a transcriber for super-duper secret projects, tends to keep to himself and is currently pitching a novel that scares agents. He uses his experiences to reach out to others, usually by way of not keeping his mouth shut. When he’s not busy making cisgender people uncomfortable with his trans gender agenda, he likes to play vintage video games and eat candy. You can praise him on Twitter @JamesStJamesVI.

JAY SENNETT is a writer and publisher living in Michigan. He is the co-founder of Homofactus Press at wwww.homofactuspress.com and the author of a lively series on writing at www.jaysennett.com.

JULES COLLINS writes poetry and short stories while teaching ESL to adults.  You can currently find Jules’ poetry featured in the latest issue of soul-lit magazine.  Jules resides just outside of Boston with his trusty feline sidekick "Cub Scout."

LUCAS SILVEIRA is best known for being the front-man of Canadian band The Cliks. He is also the first out transgender man to have been signed to a major label record deal. He’s had 4 record releases with The Cliks since 2006 (Warner Music/Tommy Boy/Universal) and 3 solo record releases (Independent). Lucas has toured extensively alongside acts such as Cyndi Lauper, The Cult, The New York Dolls, Debbie Harry and Tegan and Sara to name a few as well as having appeared on National Television shows such as Late Late Night with Craig Ferguson and Jimmy Kimmel. Lucas is a multimedia artist who does visual art, writes, acts and is a part time online web host for Xtra! TV.  He also does public speaking at Colleges and Universities all over Canada and the U.S. He has written think pieces for Now Magazine, The Huffington Post, The Advocate, sold many of his art pieces to his dedicated fanbase, and has appeared in the TIFF Award Winning film Hope (Pedro Pires) and Candy (Cassandra Cronenberg). He is currently writing music for his next solo effort to be released in late 2016.

MALCOLM HIMSCHOOT is a father of two, and a writer whose essays and poems have appeared in religious and queer publications. He lives in Cleveland where he holds a position with the denominational staff of the United Church of Christ.

MEGAN ROHRER is the first openly transgender pastor ordained in the Lutheran church.  The Rev. Dr. Megan Rohrer the pastor of Grace Lutheran Church and the Executive Director of Welcome - a communal response to poverty in San Francisco.  Megan received an honorable mention as an Unsung Hero of Compassion with His Holiness the Dalai Lama, was presented a Medal of Tolerance by the King of Tallo in Indonesia for the illustrated documentary Zanderology (about the life of Zander Keig), received an Honorary Doctorate from Palo Alto University and won Out History’s Since Stonewall Local History Competition.  A contributing blogger for Living Lutheran, published in Briarpatch Magazine and Transgender Studies Quarterly, Pastor Rohrer has written and edited more than twenty books, including Letters for My Brothers: Transitional Wisdom in Retrospect which was a finalist for the Lambda Literary Award in transgender non-fiction.

NICK KRIEGER is the author of the memoir, Nina Here Nor There: My Journey Beyond Gender, winner of a Stonewall Honor Book Award. His writing has also earned several travel-writing awards and has been published in multiple travel guides. Nick leads writing seminars, shares his yoga practice with others, and speaks about trans issues at colleges around the country.

PAZ is a visual fine artist in the LA. He works in many mediums including painting, drawing, mixed media and sculpture. His work is figurative, surreal, expressionistic, edgy emotional and often controversial. You can see Paz’s art work at PAZ-ART.COM

REID VANDERBURGH is a retired therapist, living in Portland, Oregon. The author of Transition and Beyond: Observations on Gender Identity and Journeys of Transformation: Stories from Across the Acronym, Reid has authored several journal articles and book chapters, in addition to publishing numerous articles at: www.transtherapist.com.

SANDY E. JAMES is a Survey Project Manager for the National Center for Transgender Equality.  After a career as a forensic toxicologist, Sandy became a civil rights advocate with a focus on laws and policies that affect transgender people. Sandy previously worked extensively with the National Transgender Discrimination Survey as the Urvashi Vaid Research Fellow at the National LGBTQ Task Force. Sandy received a J.D. and an M.A. in American Government from Georgetown University and is pursuing his Ph.D. at Georgetown University.

ZANDER KEIG is co-editor of Letters for My Brothers: Transitional Wisdom in Retrospect and Manning Up: Transsexual Men on Finding Brotherhood, Family and Themselves, featured in the film Zanderology and serves on the Transgender American Veterans Association board of directors. www.zanderkeig.net
Posted by Rev. Dr. Megan Rohrer at 5:05 PM 1 comment: